According to age-old German mythology, all living creatures have a spirit double who is invisible but identical to the living individual. These second selves are perceived as being distinct from ghosts (which appear only after death), and sometimes they are described as the spiritual opposite or negative of their human counterparts. In 1796, German writer Johann Paul Richter, who wrote under the pseudonym Jean Paul, coined the word Doppelgänger to refer to such specters.
Eduardo knows the process of repetition, so inherent to graphic techniques. However, the topic of duplication takes on various forms in his work: two parts of a divided whole, a double as one’s opposite, as an alter ego, as a likeness, as a copy. In all these cases the form is determined by the number two and the various conceptual games act as „subseries“ or „subtopics“. His work process consists of live model sketching, computer manipulated photography and final painting itself with his distinctive colour palette, elegant and yet disconcerting at the same time.
Eduardo Lara (1975, Mexico City) studied painting and printmaking at the Faculty of Arts and Design of the National University of Mexico (UNAM). He has participated in both solo and group exhibitions in Mexico, Cuba, Lithuania, Poland, Slovakia, Czech Republic, etc. He has won several art contest awards. Since 2003 he lives and works in Prague. 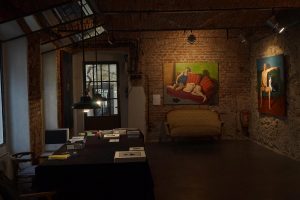 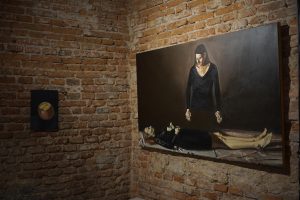 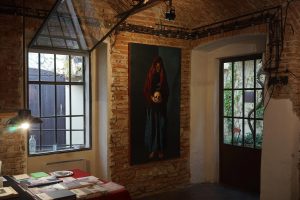 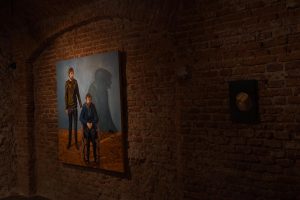 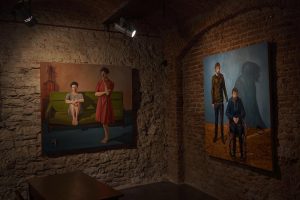 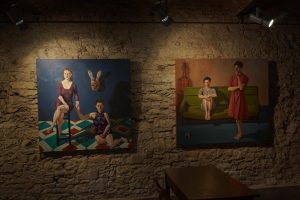