In his intermedia projects, Jakub Rajnoch has long been thoroughly researching light and movement, as basic physical quantities that still offer an inexhaustible number of uses in the scientific, technological and artistic environment. In the Fotografic Gallery, he presents a custom-installed Film Sideways project, the main purpose of which is the perception and interpretation of film projection technology. Jakub Rajnoch asks a seemingly simple question here: What happens when we look at the film from the side? and brings a concrete and unique answer to it. Using optical fibers, he decomposes and reassembles the image to imprint the film projection with a visible stream of light into three-dimensional space. Such activity may seem irrational or illogical. However, the combination of sophisticated technological process and breathtaking aesthetics serves mainly to evoke various interpretations and thought associations in the mind of the observer.
Jakub Rajnoch (* 1978) is a graduate of the Sculpture Studio with Jindřich Zeithamml, the Intermedia Creation Studio with Pavla Sceranková and Dušan Zahoranský and the New Media Studio with Tomáš Svoboda at the Academy of Fine Arts. In addition to the Prague Academy of Fine Arts, he also graduated from the Faculty of Mathematics and Physics, Charles University, which gives him the necessary basis for his artistic and scientific experiments. He lives and works in Prague. 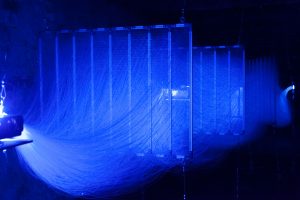 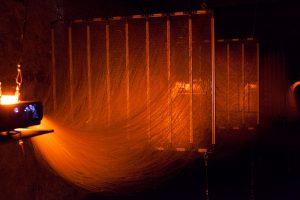 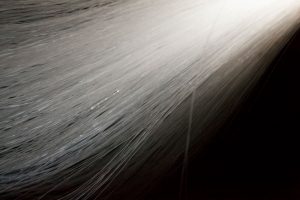 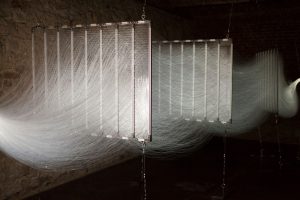 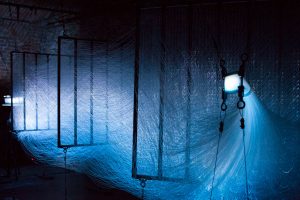