As much as Japan is known for outstanding and often radical contemporary architecture, vast majority of its cities consist of houses without any conceptual or architectural aspirations. These buildings often emerge directly from limits of their initial condition and context, stripped of the clutter of architect’s personal ambition. In fact, vast majority of buildings in Japan are not designed by architects at all, but rather by licensed engineers. Similarly, large proportion of the city space is, to a degree, “grown”, organic, formed step by step as a chain reaction rather than being part of pre-conceived plan. This pragmatic, but very live and constantly transforming (metabolising) space typically becomes very dense in its local centers where the various forces, rule-sets and processes overlay, leading to often unexpected, sometimes even bizarre situations and emergent, non-premediated phenomena. Finally, unique Japanese traditions and cultural specifics, often unconscious and spontaneous, permeate through all this together with local technical and practical specifics, mostly connected with disaster prevention. Result of all that are buildings, streets and cities completely different from those we know in the West: often seemingly chaotic and scruffy on the first sight, but simultaneously fascinating, alive, bizarre, complex and deeply Japanese.

Parallel World is an attempt to capture the ordinary yet complex space within Japanese cities, not through their entirety, but rather through fragments, details, uncanny relationships and emergent contexts. This allows the viewer to assemble their own image of generic, archetypal contemporary Japanese city. The logic follows actual experience of exploring and perceiving Japanese urban space which usually cannot be read through its rigid structure or architectural landmarks, but rather through fragmented, randomised, scattered and often transient moments and details.

Architect, photographer and designer Jan Vranovský (*1986) studied architecture at TU in Liberec and The University of Tokyo. After graduation, Jan worked for several architecture studios in Tokyo before establishing his own multidisciplinary design praxis, Studio VVAA. His photographic works were published in numerous exhibitions and publications, two of his prints were recently added to the permanent collection of Kiyosato Museum of Photographic Art in Yamanashi, Japan. He is currently based in Prague.
www.vvaa-studio.com | www.instagram.com/janvranovsky 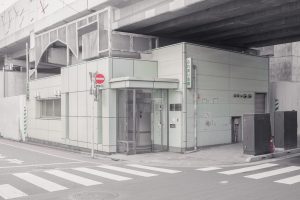 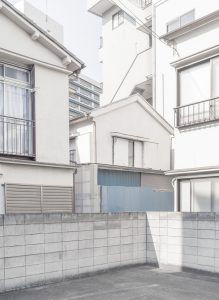 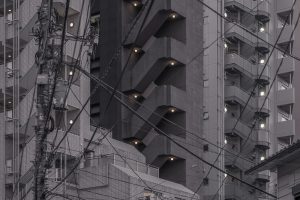