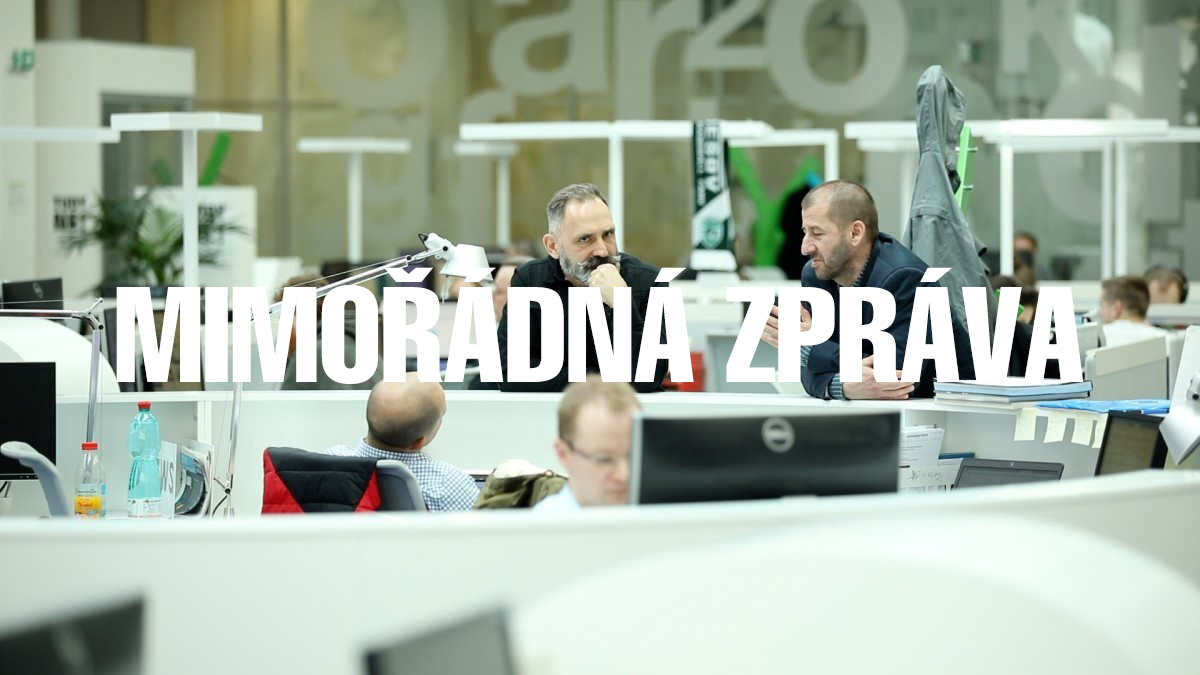 One day, two teams of reporters, one extraordinary event, and two takes on one “objective” piece of news. A carefully composed observation of two newsrooms which, in March 2017, were avidly chasing after information about the Czech president’s decision whether or not to run for re-election.

When journalists are denied access to a news story it just makes them all the more hungry for information. This was the case in March 2017, when the existing Czech president was preparing to announce whether or not he would be running for re-election. Except that the announcement was made at Prague Castle in the presence of a close circle of supporters and friends – reporters were not admitted. Documentary filmmaker Tomáš Bojar, who always tailors his formal concepts to suit the given subject matter, unobtrusively tracks staff at two different Czech newsrooms as they embark on their one-day scramble for this breaking news. At the same time, he elegantly draws attention to the journalistic dimension of “objective” reporting, indiscriminately coloured by the views and attitudes of specific individuals.

The Breaking news movie is presented by Fotografic as part of the off program to the Prsi exhibition! The interactive show made by the art collective Krůtí směs R_I_P presents unique interactive installations combining mass media and traditional Czech pub games to explore our ability to concentrate.