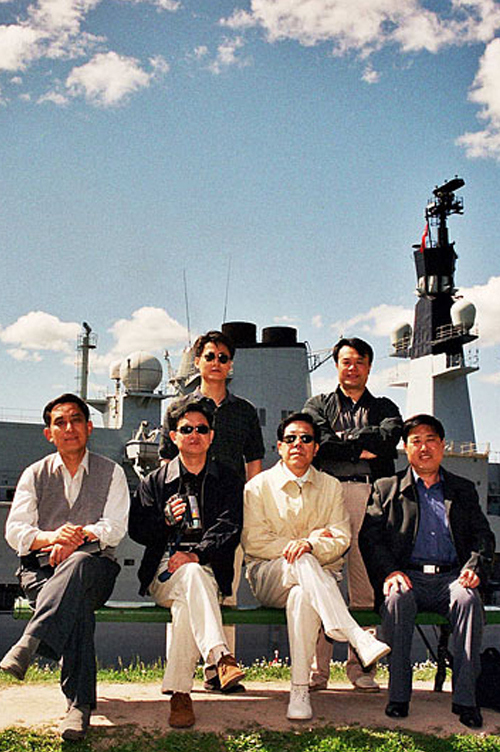 As part of the accompanying program for the exhibition of found stereoscopic photos Sexy girl in the woods, we will also introduce the documentary Lost Holiday!

In 2001 a Czech traveller called Láďa found a suitcase in Sweden only containing 22 carefully wrapped rolls of negative film. When he developed them back in Prague, he discovered they contained 756 photographs of seven unidentified Asians on a trip through Scandinavia. Documentary filmmaker Lucie Králová and her team decided to find out whether it was possible, in today’s interconnected world, to trace someone merely from his lost photographs. An exhibition of these photographs in Prague’s Mánes gallery was followed by visits to see Asians living in Prague, sinologists, crime experts, fortune-tellers, then by classified ads in the German press and long journeys to the places where these unidentified Asians took snaps of themselves. After a several-month-long search, however, the “film detective unit” could only discover that this was a group of Chinese people, probably government officials. Their last hope is the chance that their report will be shown on China’s central television channel, CCTV. Lucie Králová’s gripping documentary detective story is not merely a record of an adventurous mission, but it also asks questions about the testimonial power of photography. ČSFD – 75%