THE RESULTING IMAGE OF REALITY IS VERY PRECISE

Artwork can often surprise us. Not so much by its formal experiments as by its communication, while in its form it refers to a different content, to a different artistic tradition. This too applies to the exhibited Marek Šefrna’s photographic series. These somewhat dull enlargements refer to the specific Czech tradition of “non-photography” with their framing and theme choice. The fact however that these banal or even ridiculous shots of puddles refer to the photographic work of Jasanský / Polák or Markéta Othová is a side effect of this series. Like many other associations that can cross our mind – climate change, drought, negative human impact on the environment… The images you look at are primarily a photographic record of Marek’s performative interventions in public space. He captured them after creating precise imitations of puddles on dried Prague sidewalks in late spring. The essential absurdity of such activity, on the one hand, develops a specific kind of play with a random observer or a gallery visitor, on the other hand, it has its clear and meaningful ground in the context of art, it associates artworks of the recent past and at the same time it reminds us of predominant themes of today’s world.
Marek Šefrna (* 1987) graduated from Prague Academy of Fine Arts. He lives and works in Prague. www.mareksefrna.com 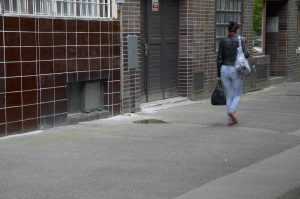 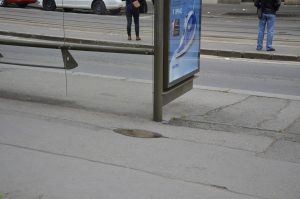 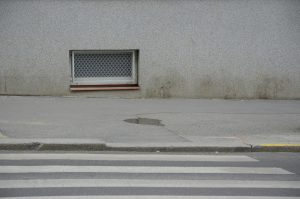 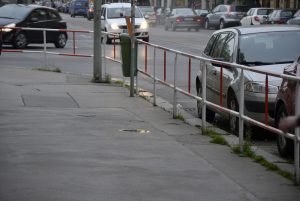 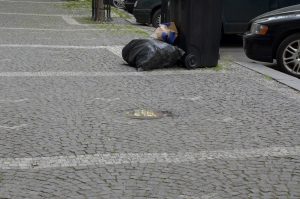