Matěj Skalický’s contemplative photographs bring a specific form of visual relaxation in the current overwhelming and ever-accelerating times. However, to truly capture his images’ essence and ephemerality, we will have to slow down a bit ourselves. Put the cell phone into our pocket, not to focus on anything else for a while, and treat our brain with informational wellness. As a matter of fact, the entire series is based on the assumption of digital disconnection.

Dopamine fasting is a form of digital detox in which one deliberately refuses to surf the internet and social networks. This leads to a dopamine decrease, which is naturally released in the event of a positive virtual response. Countless articles have been written about digital detox, but they often have a similar effect as the advice that we should eat a lot of vitamins. But this is a very real problem that current generations inevitably face, and which affects our perception on a daily basis.

Matěj Skalický regularly indulges in dopamine fasting in the environment of the Czech countryside and the surrounding landscape. Undistracted by the constantly flashing display he focuses back on his immediate surroundings. In his large-format black and white photographs, he captures a kind of rural vanitas and the extraordinary magic of the ordinary. He carefully observes the world around him and casually conveys the message of its understated beauty.

Matěj Skalický (*1992) graduated from the Studio of Advertising Photography at the Tomas Bata University in Zlin. In addition to photographic projects he has been working on photography books and publications and he partakes in running of the Photogether Gallery in Zlin. www.matejskalicky.com 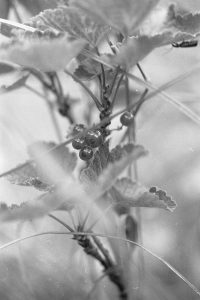 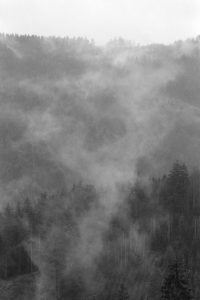 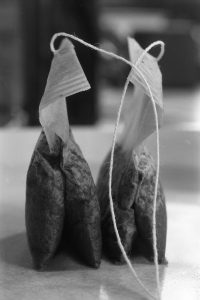