SOMETHING ABOUT THE ALPS, LINDEN TREES, ROADS AND HISTORY

In their work, Michael P. Romstöck and Franziska Schrödinger reflect the complicated relationship between man and nature, its symbolism, and the history of cultural landscape. Their formally different photographic series create a dialogue on the construction and cultivation of nature. They examine the issue of human activity imprints on landscape and the perception of history, whose signs we always try to decipher only in the mirror of the present.
On a large-format camera and black-and-white film, Michael captures linden trees in many forms and contexts – trees whose symbolism is firmly rooted in many cultures, including German and Czech. The collection of over a hundred precise photographs thus unwittingly says a lot about the current form of an urban landscape, countryside, and humans themselves.
In her conceptual documentary project About the German Alpine Road, Franziska examines in detail the famous German route, which is used by thousands of tourists traveling to the Alps every year. On the more than 450 km long “Alpine Trail”, Schrödinger reflects on the footprints that people leave on the surrounding landscape and on the obstacles they create in it.

Michael Paul Romstöck (*1992) and Franziska Schrödinger (*1991) both come from Germany. They studied photography at the Folkwang Universität der Künste in Essen. They have already presented their projects at many exhibitions in Germany and in numerous book publications. They live and work in Berlin and Munich.
www.michaelromstoeck.de / www.franziska-schroedinger.de 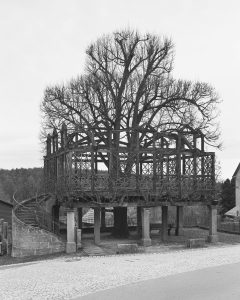 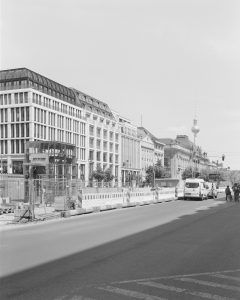 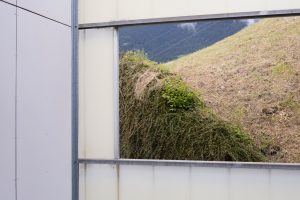