Milota Havránková (1945) is a Slovak artist. Her photographic exhibition “Next page” wants to close and to open at the same time certain stage of experience with photography as she lived through with it during 50 years of her life. As her way of life has been developing and changing, she herself has been changing too together with her photography. For whom she actually is, she owes to her photography. Milota always wants to open a discussion, a new sight on and approach to the photographic reality. Milota Havránková is a unique figure on the photographic scene. She has contributed to the development of visual testimony in every direction. She has been always able to add something new to her photographic expression which can be considered as a natural demonstration of her personality. She became an independent artist and one can say a photographic legend at present. Her photographs are characterised by incessant interest in changing her view from above to creative observation. She likes changes, while drawing from her own experience. Also her pedagogic activities have been timeless and unique. She influenced several generations of artists, commenced “Slovak new wave” of successful photographers which until now have big influence on Czech photographic scene. With her creative current she influenced big part of Slovak art generation. She has had many solo exhibitions both in her home country and abroad, her photographs are part of many art collections. www.milotahavrankova.com 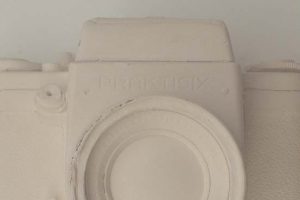