Series of stereoscopic collages “Incarnation” is the latest contribution of Patrick Mikloš on „Natural and Artificial,“ in which he has been engaged for a long time. “Incarnation” is actually a celebration of everyday life of (not so) common people and their testimony about themselves, a celebration of the „divine“ in them, a sacralization of normal, natural (and therefore artificial, which belongs to the natural or is based on the natural) as well as the desacralization of supernatural. “Incarnation” is the illusion on which we depend, if we want to express ourselves; it is a poem inserted into the shrine.
Part of the installation is a series of copper plates with a light sensitive layer “Culturenature”. By combining the words nature and culture, Patrik forms a new concept, which unites them. Culture cannot exist without nature. We cannot move away from nature, we are a part of it. “It is not me who interferes in the plate, but the Nature and Culture through me, as I am a part of it. It is the Nature who cuts and etches the layer, with the Nature’s image on it to reveal its character.“
Patrik Mikloš (1979) is representative of the young generation of Slovak photographers. In 2014 he graduated from the Academy of Fine Arts in Bratislava, studio of Miro Švolík. He has participated in group exhibitions in the USA, Austria, Czech and Slovak Republics. The exhibited series participated eg. at the OFF Festival in Bratislava and the Rearte Gallery in Vienna. In addition to visual art, he also writes poetry and song lyrics as well as he makes music. He lives and works in Bratislava. 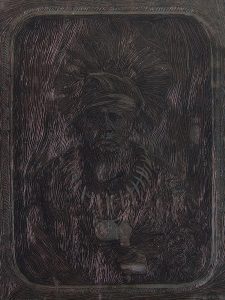 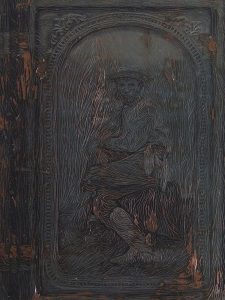 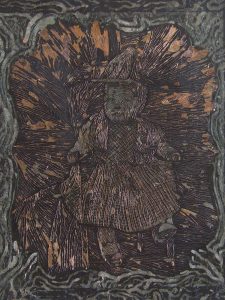 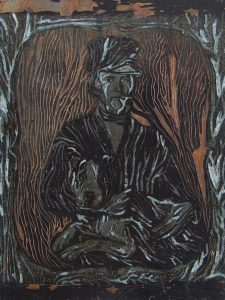 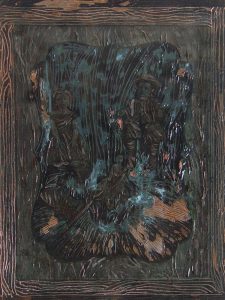 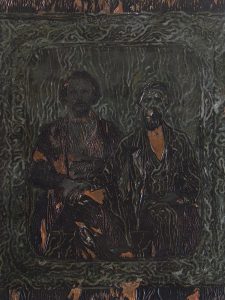