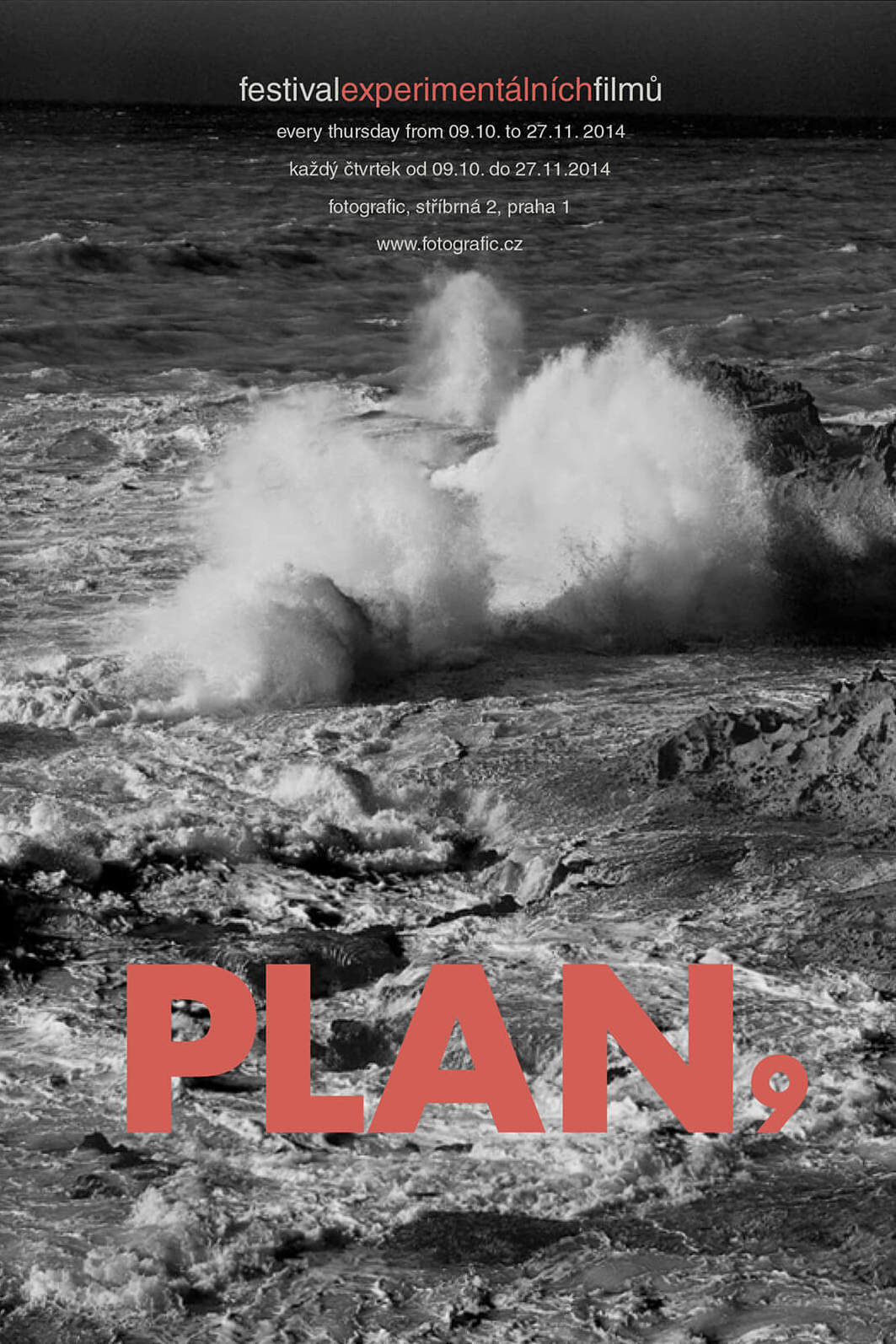 Celibrating its 7th year, The Festival of Experimental Films, PLAN 9, presents the newest in experimental films from all over the world. During eight Thursday evenings, PLAN 9 will present profiles of selected artists and show selections of short experimental films, videos and installations. Indian artist Ashish Avikunthak , European animated experiments, student films, music videos and many others will be part of this varied experimental mix. We look forward seeing you!

ČT 16/10 19:00 CAS FAMU
Students of CAS (Center for Audiovisual Studies), the art school within the film school, present their moving image works from 2013-2014. Audio-visual experiments from a varied group of contemporary creators using moving image as a medium. Curated by Eric Rosenzveig, head of the department.

ČT 23/10 19:00 CONTEMPORARY EUROPEAN EXPERIMENTAL ANIMATION
An interesting selection of contemporary European animated experiments. Curated and personally presented by Belgian artist Antonin De Bemels, together with a selection of his own works.

ČT 13/11 19:00 REDUBBED, REMIXED, REMADE
This original program features avant-garde, classic, contemporary and cult cinema in a night of redubbed, remixed and remade films and music. Citizen Kane recut to an indie rock song, an Oscar-winning animation rescored with Kate Bush and others. Curated by Gabriel Paletz.

ČT 20/11 19:00 SPACE IS THE PLACE – THE MUSIC AND FILMS OF SUN RA
Eric Rosenzveig will follow up his lecture from 2011 with music and video from the musical visionary Sun Ra. We’ll see concert clips and documents, along with album cuts, followed by an 85minute feature film, Space Is the Place, a sci-fi from 1972, featuring Sun Ra and his Arkestra.

some films are only in English, without Czech subtitles