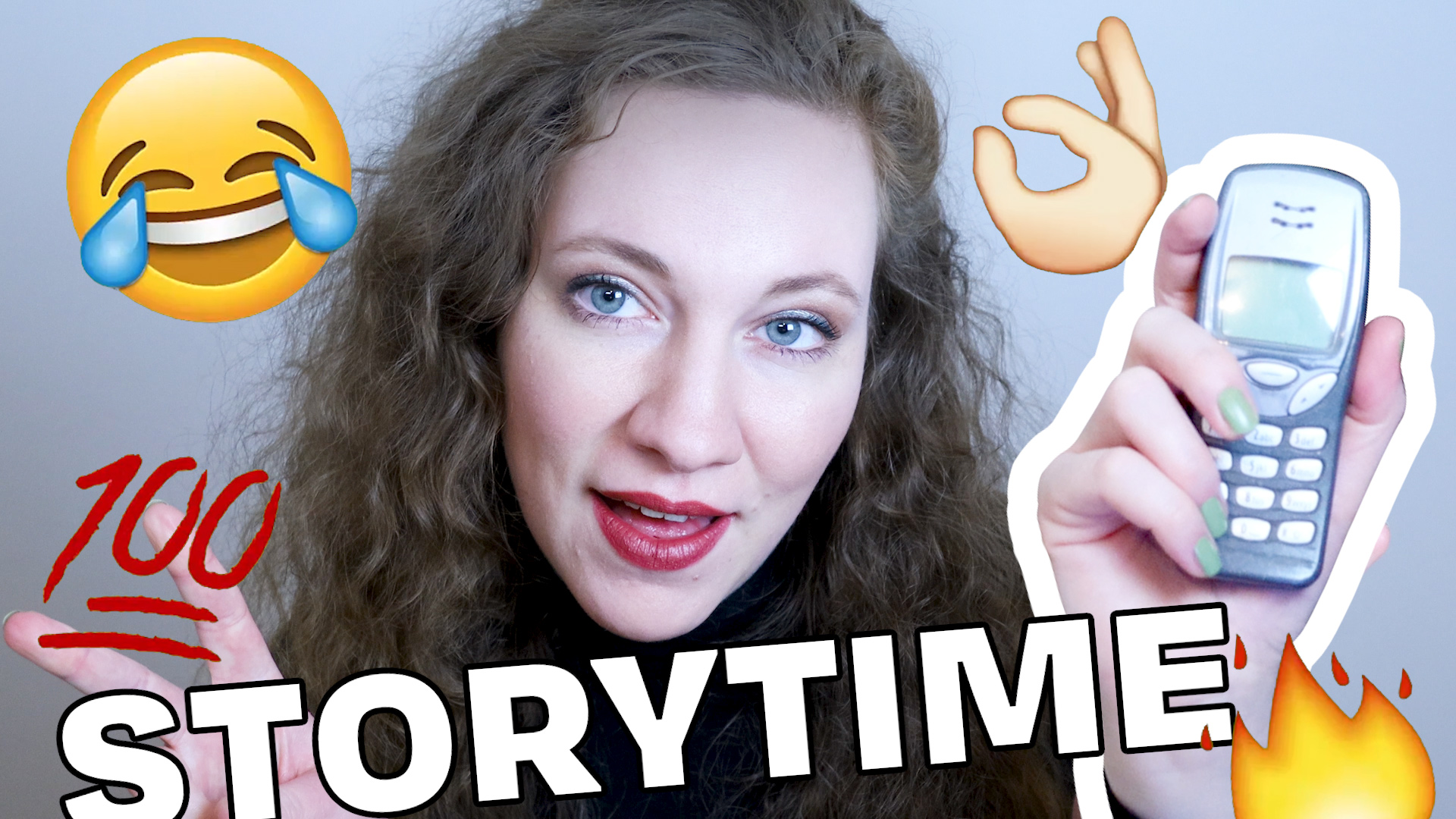 Storytime is an open, fragmentary confession that constantly flows from nostalgic joy to pain. Magdalena constantly keeps switching between sincere enthusiasm of the discoveries hidden for years in old telephones and more serious viewpoints. Through adolescent relics, she gradually accompanies us through the challenging period of her life. The retrospective video diary, told in a light vlogger form, thus presents a strong personal story and at the same time articulates serious societal themes without slipping into pathos for a single moment.

The second of the presented videos, My 00‘s diary, freely follows Storytime and develops it further. It represents a prototype of the Magdalena’s website where she digs into her own past. It thus creates a time capsule composed of data, images and memories, a kind of nostalgic essence of the end of the zero years. At the same time, by bringing real examples, it brings closer the issue of Magdalena ‘s compulsive collecting.

The presented videos are complemented by a large-format print consisting of 3D scans of the artist’s collection items, installed in a large backlit display. Long-used artifacts processed by this new technology thus become a kind of subversive advertisement for a strong personal story.

Magdalena Kašparová is a recent graduate of the New Media Studio 1 (Tomas Svoboda Department) at the Academy of Fine Arts in Prague. She is interested in the functions of self-portrait in the current media environment. To do this, she uses remediation, media archeology and retrospection into past decades. In addition to her collecting activities, she is also interested in the boundaries between art and graphic design. So far, she has exhibited, among others, at the NTK Gallery in Prague, the Jelení Gallery or at the 4 + 4 Days in Motion festival. Her videos were included at the Jihlava IDFF as well. She lives and works in Prague.
www.magdalenakasparova.com | www.instagram.com/magdalena.kaspar

The Storytime project was made with the support of the Artyčok.tv platform. | Our 2022 exhibition program is supported by Ministry of Culture of the Czech Republic, State Fund of Culture, MHMP and MPC1. Thank you!