Branislav Štěpánek is an artist known for exploring unusual or contrary ways to the creative process. Never satisfied with traditional methods of artistic creation, Štěpánek, however, uses ideas from this tradition and plays with its visual cliché.
Art of Pornography series (2008–2010) is a homage to the Polish artist Zbigniew Libera who exploited relativism in his work. Štěpánek uses screenshots from hard-core adult movies here. And while the meaning of these films lies in explicit depiction of sexual intercourse, the artist deliberately chooses parts where some storyline takes place; making this series of works a primitive narrative placed in between sexual scenes. It is here where the artist finds moments that resemble or refer to famous icons of visual art and photography.
In Large Format Nudes (2010–2012), the artist uses child nudity, a known taboo in western civilisation. The works in this series depict naked bodies of young girls who, through the use of computer postproduction, are made younger by enlarging their heads and eyes and shortening their limbs. In fact, the artist discards all the usual postproduction principles and instead uses mechanically applied methods of drawing which renders these works more abstract and sets them free from details and any connection to reality.
Branislav Štěpánek (born 1974 in Bratislava) is a graduate of ITF in Opava. He lives and works in Bratislava. www.branislavstepanek.com 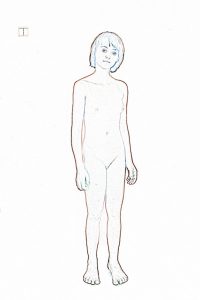 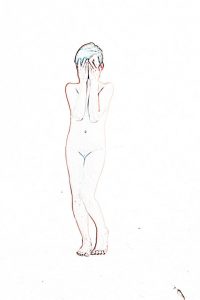 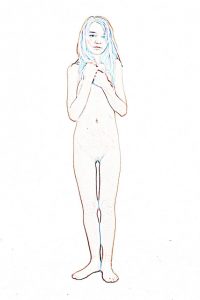 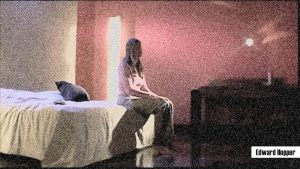 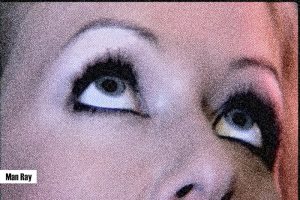 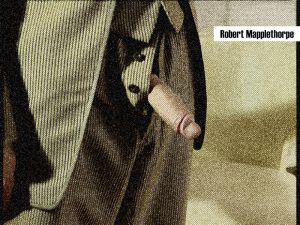 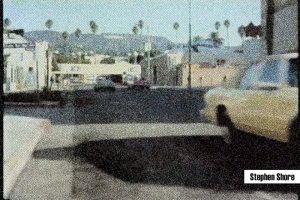