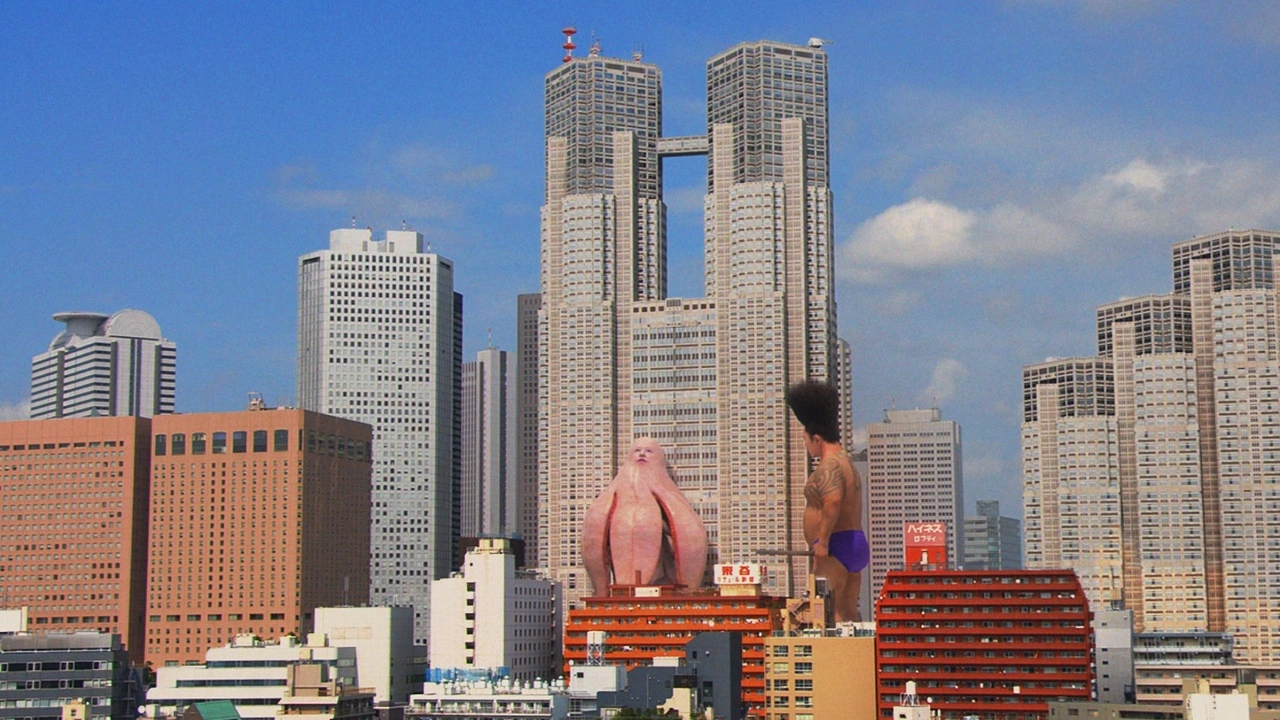 We cordially invite you to the screening of the film Big Man Japan. The screening is a part of the off program to the Jan Vranovsky‘s Parallel World exhibition.

This time we will look at Japanese architecture from a slightly different angle. We will see the unique panoramas of Tokyo in the background of the battles of giant monsters in Hitoshi Matsumoto’s cult film. The fictional documentary follows Dai Saito, a seemingly average 40-year-old man who, in addition to sipping soup and hanging out at bars, can grow multiple times when necessary and protect the Japanese metropolis from obscure monsters. The film is an amusingly subversive contribution to the traditional kaiju film genre, whose best-known representatives include the destructive Godzilla. As part of the off program, in addition to the phenomenon of organic urbanism, we will thus look at other unique specifics of Japanese culture.

Info about the exhibition here.